The First Cleaning, Spay, and Inspection 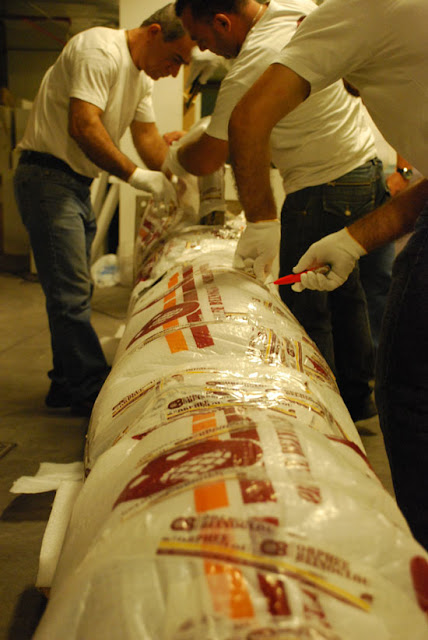 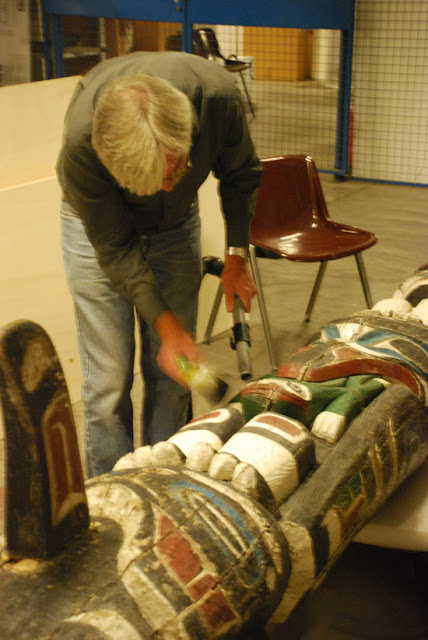 Andrew Todd, a Canadian restoration expert from British Columbia, has come to Athens to repair the Chief's Crest Pole.  The first step is to carefully inspect and clean the Pole to asses what kind of damage there is, and to make sure any dust and dirt is removed. 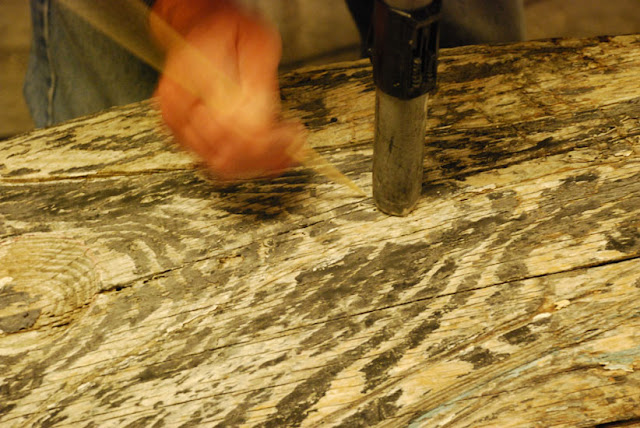 Every single nook and cranny has to be meticulously cleaned out.  This is important because if the Chief's Crest Pole has dirt in the cracks it will make it harder for the ant spray to go deep into the center where the ants are hiding. 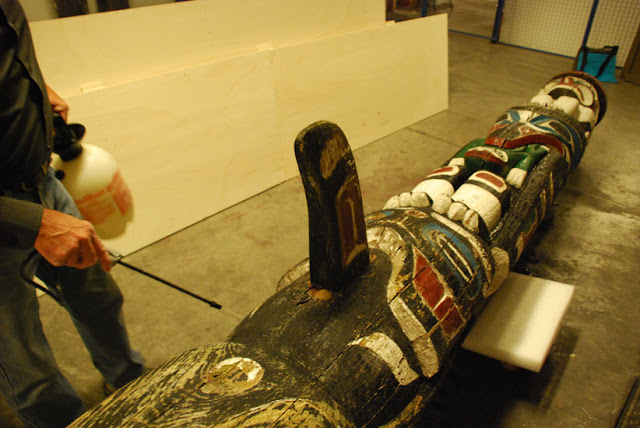 When Andrew Todd was happy with the cleaning, he started to spray. The spay is a product known as Tim-Bor, and it has "been researched and approved by many conservation science labs, and continues to be used effectively in the museum world for wooden objects especially."  It is apparently only dangerous for wood boring insects.  As soon as the spray was applied, the ants started to scatter.  The hope is that the ants will be gone and by Wednesday the Chief's Crest Pole will be moved to the final work space.
Posted by Chris Stewart at 12:00 PM