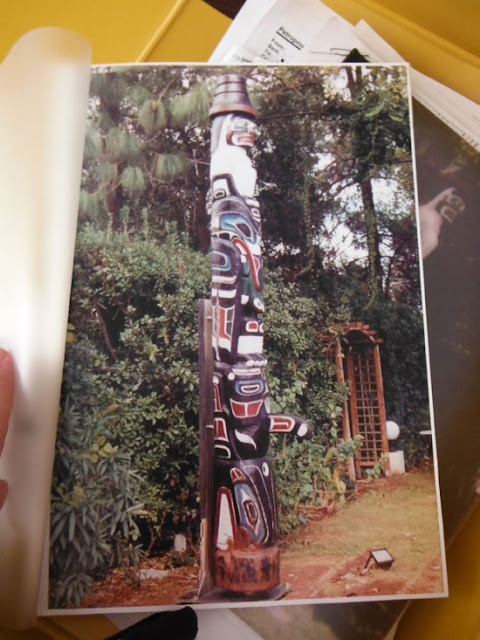 While going through the archives of the Chief's Crest Pole, I discovered that this is not the first time that this Pole was repaired.  In 2001 it appears that a restoration effort was made.  This was also likely the time that the metal base was added.  The problems that came up during this restoration seem very similar to those that are here now.  Moisture and heat caused cracking, moss growth, paint chipping, and even the possibility of ants.  Bellow are several before and after photos from the last restoration: 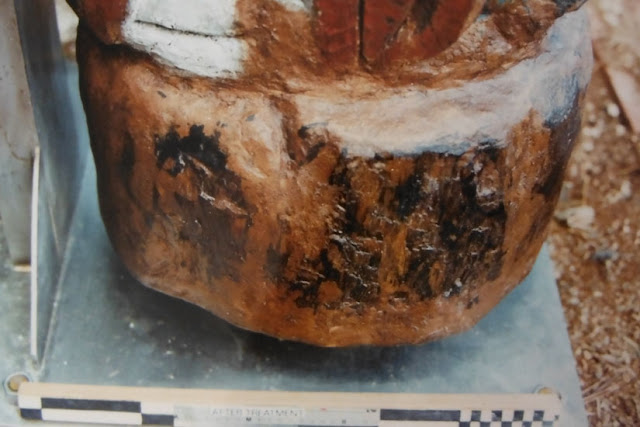 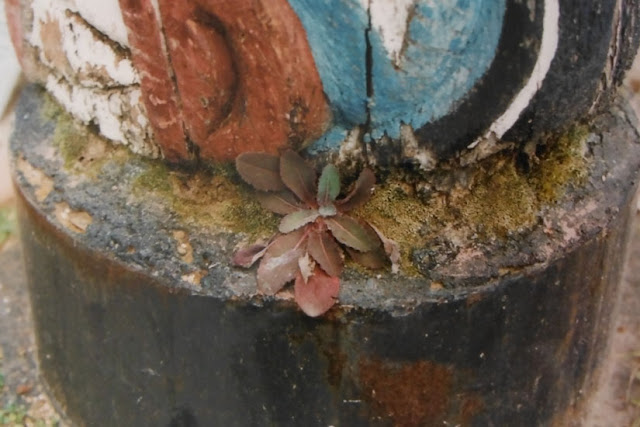 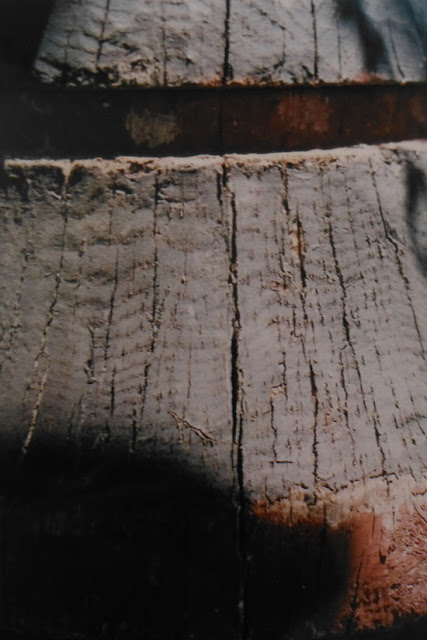 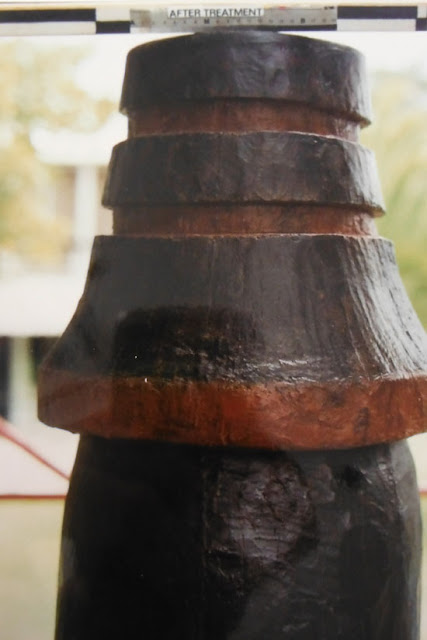 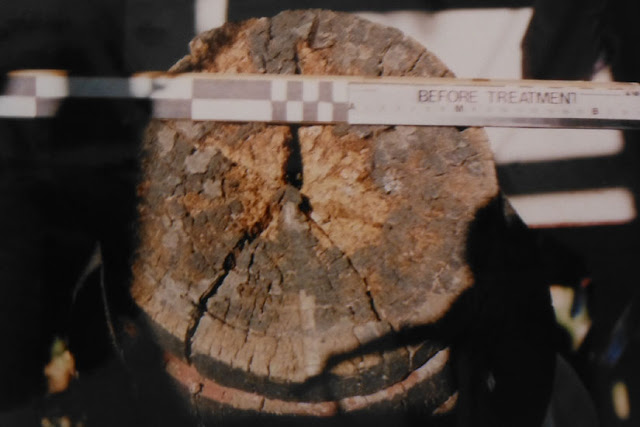 The top of the hat before. 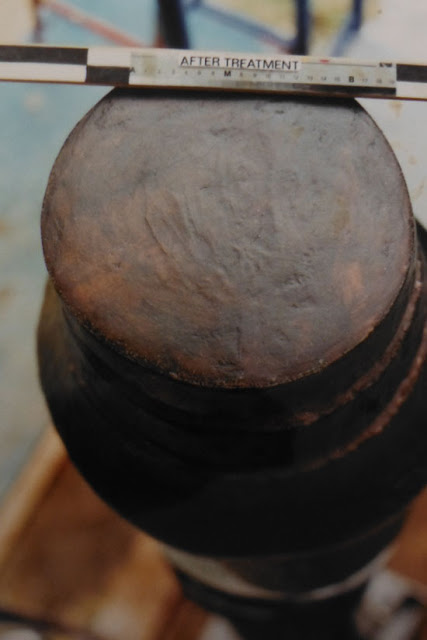 The top of the hat after. 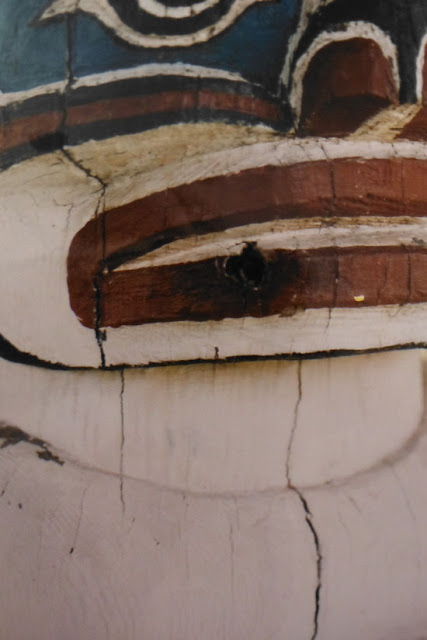 The Chief's face before. 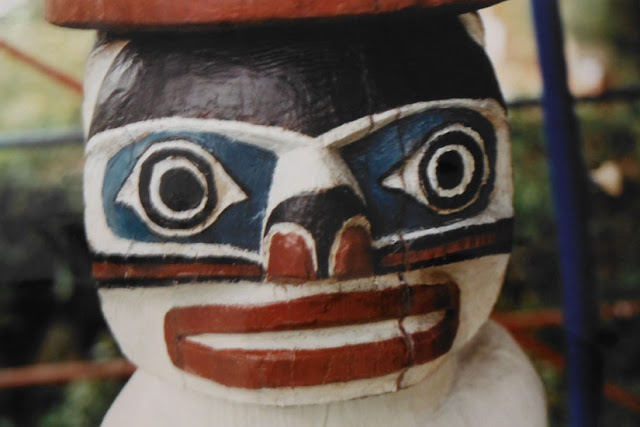 The Chief's face after.

The future of the Chief's Crest Pole is one that will keep it much safer than it's been in the past.  In the near future, after the restoration is complete, it will stay up at the Benaki museum.  After this time, the Canadian Embassy will look for a permanent home (possibly in their Embassy) were the Pole will be indoors and away from the elements.
Posted by Chris Stewart at 12:00 PM