A Busy Friday for Andrew and The Chief's Crest Pole 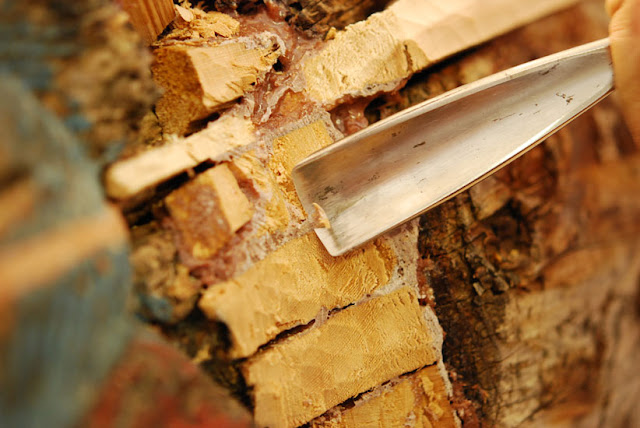 Yesterday was a really busy day for Andrew and the Chief's Crest Pole. 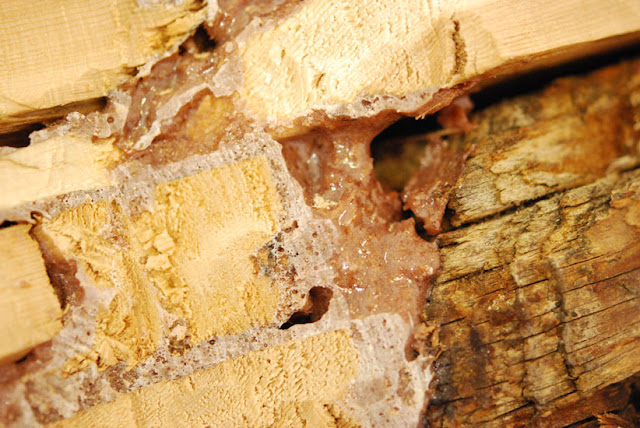 The progression on filling in the holes and damaged areas is moving along as usual.  Andrew has started to use epoxy to fill in the cracks along with the pieces of Red Cedar that he brought over from Canada.  Andrew tells me that after the epoxy is painted you'll hardly be able to see the epoxy at all. 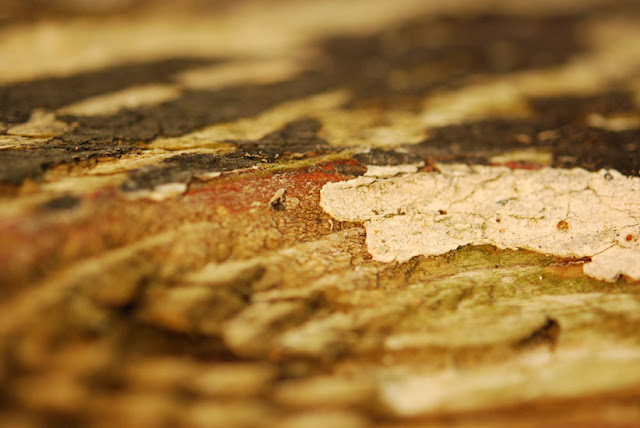 A new mystery was uncovered recently in the blowhole of the whale.  It appears that there used to be a red stripe around the top of the blowhole that was painted over in white.  The problem is we're not really sure when it was painted over and why.  Andrew will have to do some research and some thinking to make his decision as to how to paint this portion of the Totem Pole. 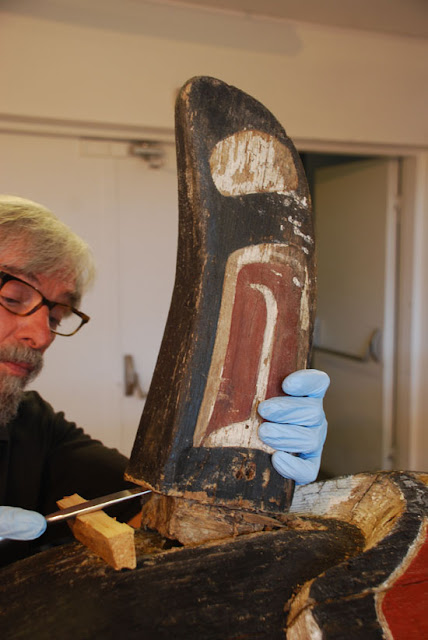 The other big news was the removal of the fin from the whale.  There has been some speculation that the fin was in fact re-installed upside down at one point.  The decision seems to be that reversing the fin is the correct thing to do. 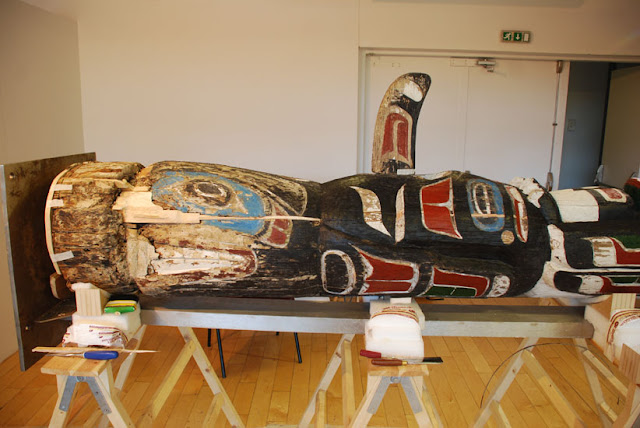 Here's the first photo of the Totem Pole with the fin reversed.  At this point the fin is not permanently fixed as Andrew has more repair work to do before it can be permanently installed. 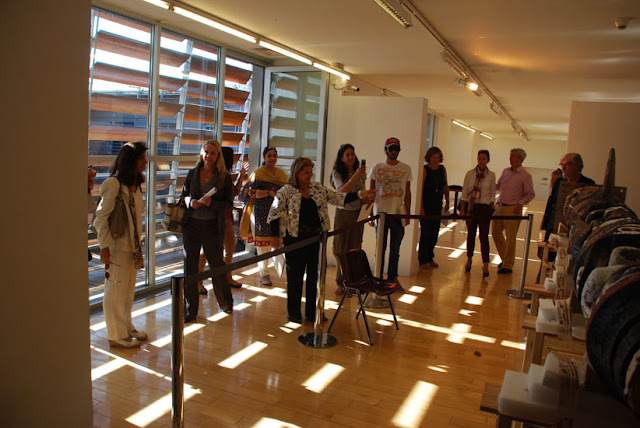 Not only was there some monumental work done on the Totem Pole today, but we also had some special guests come to visit from the Lady Ambassadors and Ambassador Spouses in Athens. 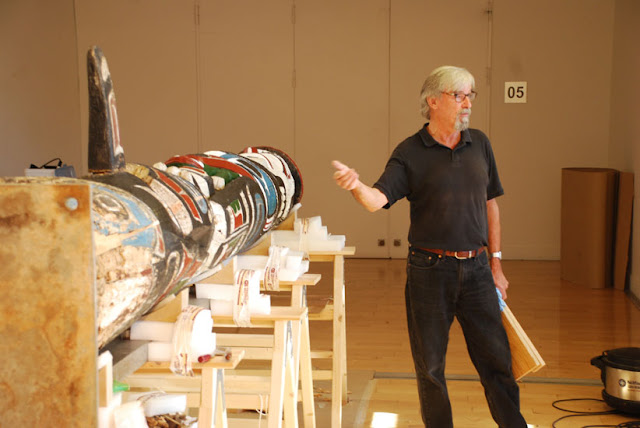 Andrew gave them a short lecture about the Chief's Crest Pole as well as Aboriginal culture. 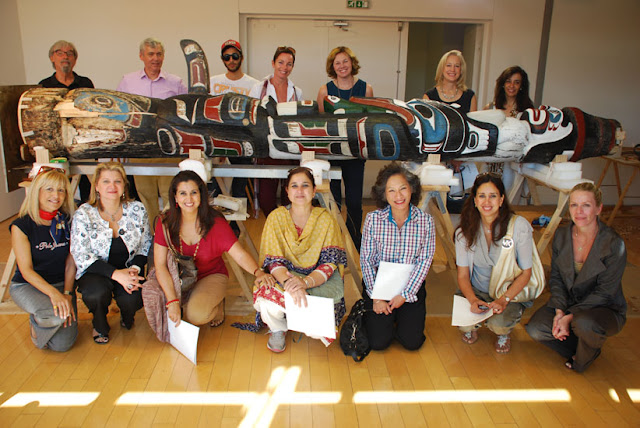 It seems as if everybody had a really good time and learned a little bit about Canada's culture and art history.
Posted by Chris Stewart at 12:00 PM