The Damage We Can See 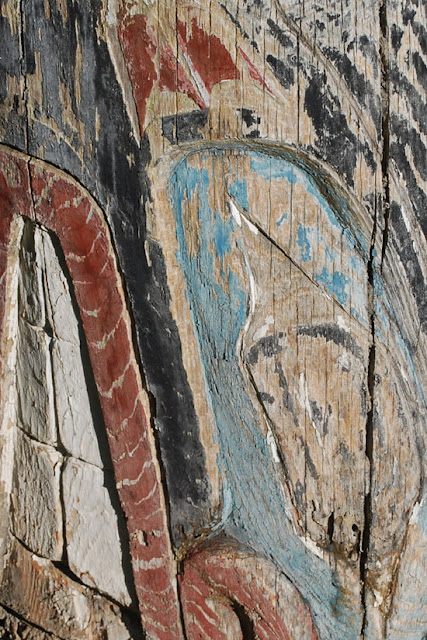 While we're not an experts in totem pole restoration, we can tell you what damage we can see on the Chief's Crest Pole.  Most of it seems to have come about from being outside in the warm (and sometimes very chilly) Mediterranean environment.  As you can imagine this pole was not designed to survive in these conditions, so there's no doubt a little environmental wear and tear.  Most notably there is a lot of paint that has either faded or flaked off.  It seems like it gets worse the lower down the totem pole you go. 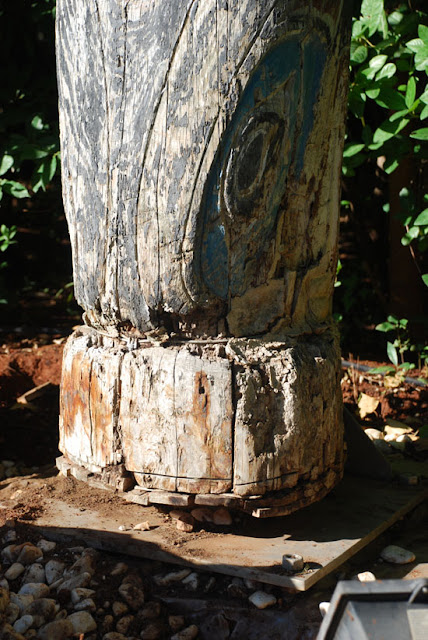 The base is the point of greatest damage.  Although it's been attached to a metal stand to keep it out of direct contact with the ground, the moisture seems to have creeped up never the less.  This is also the entry point for our little ant problem. 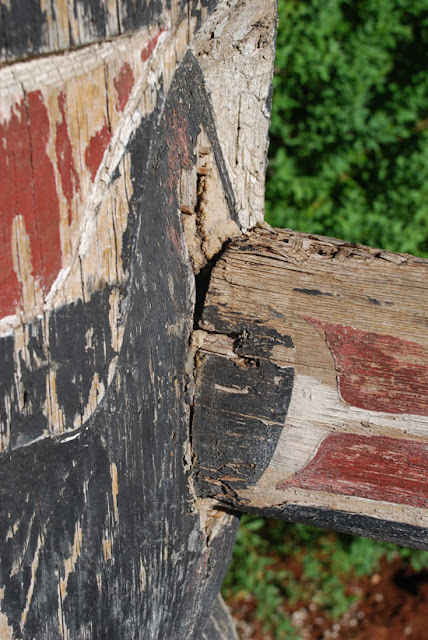 There are also signs of past repairs, mostly in off coloured wood putty blotches found around the fin/beak, and also near the base. 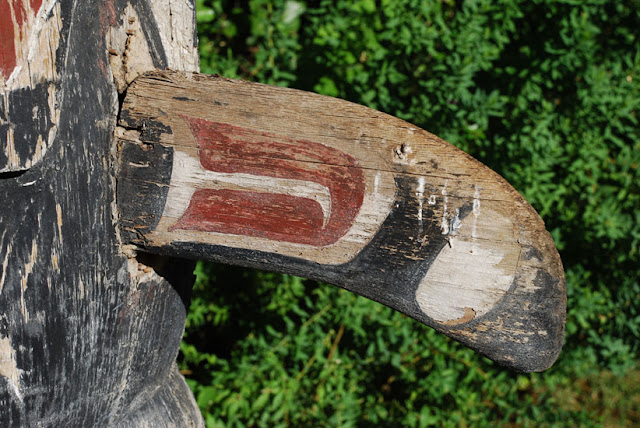 This brings me to the most mysterious damage found on the totem pole, the beak/fin.  Many years ago I was told that this piece had fallen off.  Apparently no one wanted to take the step to fix it immediately and the piece was set aside waiting to be properly repaired.  Eventually it was discovered in a box and re-attached.  The story is that when Chief Hunt came to visit he noticed something odd about the totem pole.  As it turns out he claimed that what people assumed was a beak of an animal, is in fact a fin.  And this fin may have been fixed improperly, apparently it might be upside down.  I guess we'll see for sure when the Chief's Crest Pole is fully restored.
Posted by Chris Stewart at 12:00 PM