The Animals Represented On The Chief's Crest Pole

The Chief's Crest Pole consists of four sections, each section adding to the story of the totem pole.  Many people used to believe that these different representations had a religious meaning, but as Chief Hunt mentioned the totem poles were used as markers and communication tools, not as religious symbols. 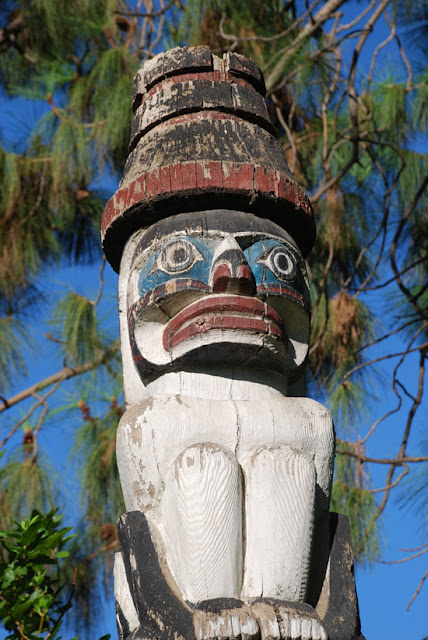 The top of the Chief's Crest Pole is topped with the Chief with Conical Hat. 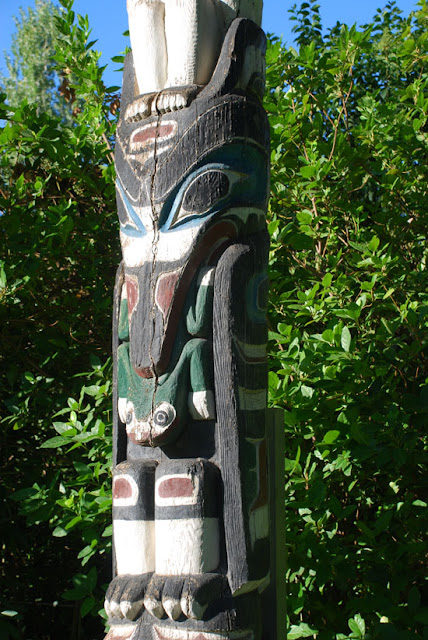 Bellow the Chief with conical hat is the Raven. 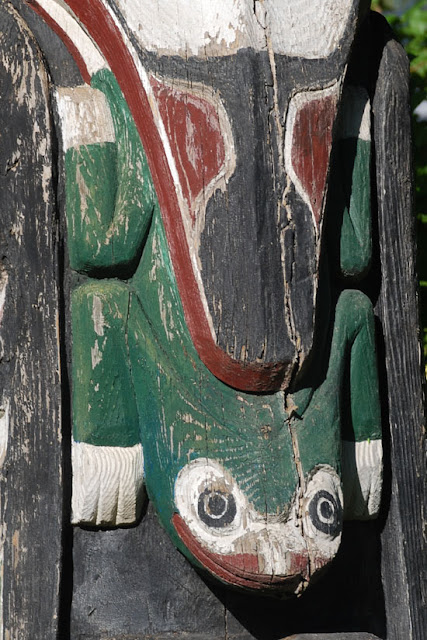 In the mouth of the Raven is the Frog. 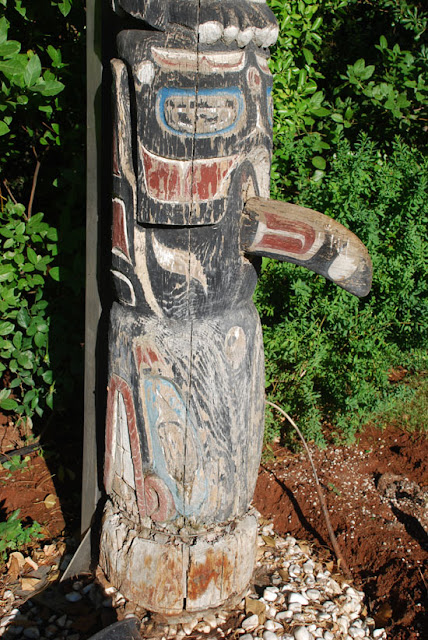 At the base is the Whale, with his fin possibly facing in the wrong direction.
Posted by Chris Stewart at 12:00 PM