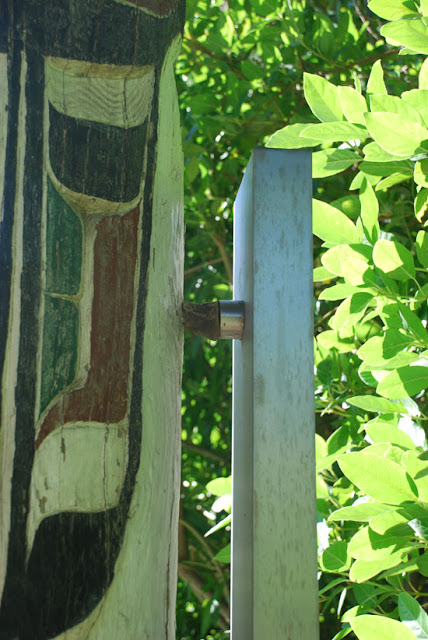 As you can see from this photo, the Chief's Crest Pole has a bit of support in the back to help keep it standing. 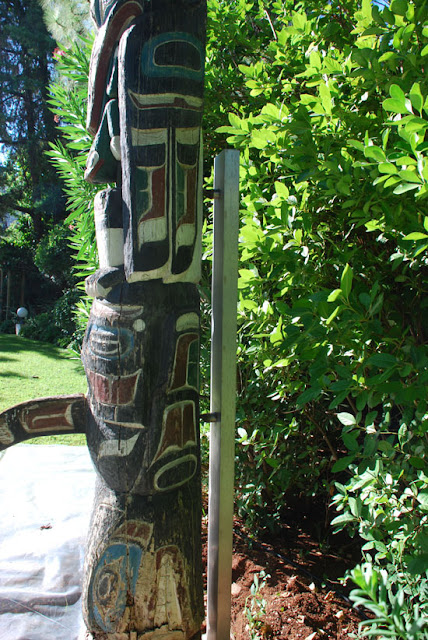 The metal base consists of two small spikes in the back of the pole covered in some kind of plaster and attached to a tower in the back. 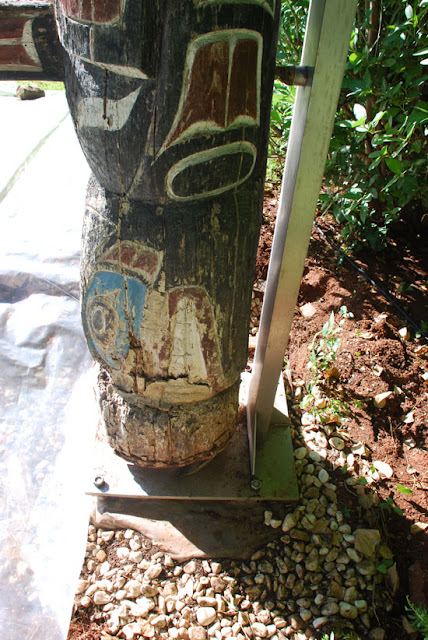 There is also a large metal base designed to keep the Chief's Crest Pole off of the ground and away from excess moisture. 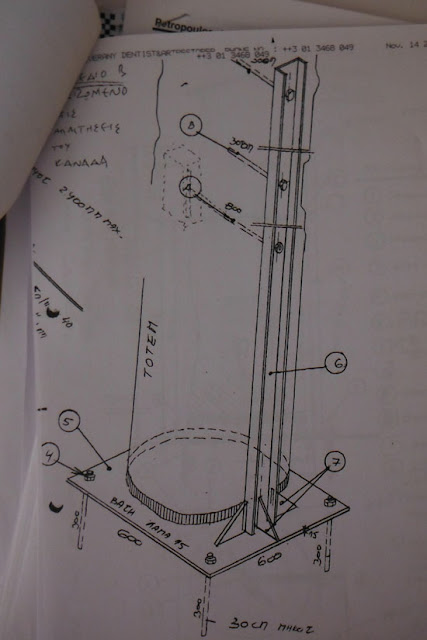 I managed to find several sketches of this structure in the Embassy of Canada's archives. 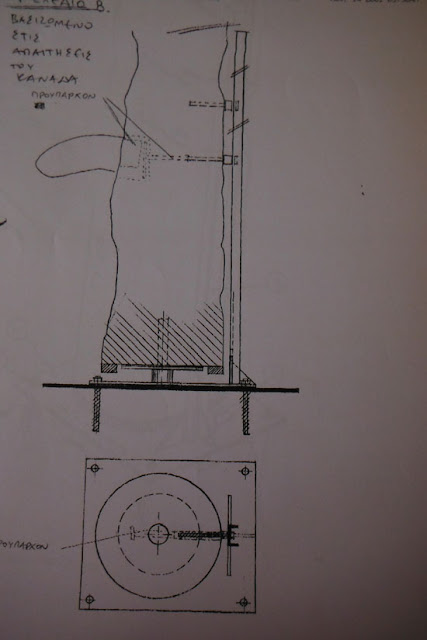 It appears that there are the two spikes in the back, and one larger one in the base.  While this base provided much need support while it was up in the garden, it's now creating a bit of a problem in restoration. To repair the Pole properly it must be lying down, this creates a great deal of stress on the two bolts in the back, and made it much more difficult to rest on the work benches.  This base may also create problems when the Pole has to be moved later on.  There are several ideas about what can be done, and how this will affect the future of the Chief's Crest Pole.
Posted by Chris Stewart at 12:00 PM