A Look At Chief Tony Hunt 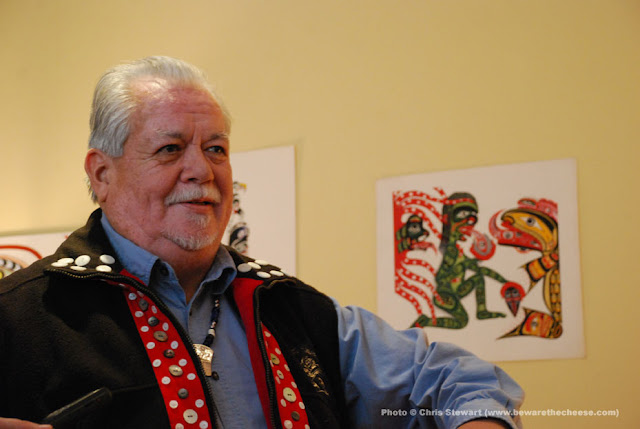 The artist of this Totem Pole is Chief Tony Hunt (A First Nations artist of Kwakwaka’wakw (Kwakiutl) ancestry), whom along with his uncle and two cousins carved the Totem Pole in the 1960s. Apparently the carving took approximately a month and half to finish. Chief Hunt mentioned that the tools used were not very advanced (no chainsaws) for this Totem Pole and that's why the carvings "aren't very deep". Tony Hunt recalls carving the totem, and on the basis of his recommendation, Foreign Affairs Canada has changed the title of the totem to "Chief's Crest Pole". 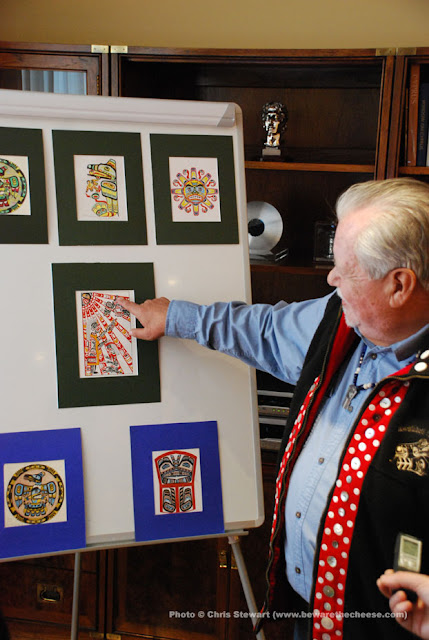 Today Chief Hunt lives in British Columbia and his artwork is available in many galleries all over the country.  His Totem Poles can be found all over the world including Japan and Mexico. He is also responsible for the for the KwaGulth ceremonial Big House, considered to be the largest of it's kind in the Pacific Northwest.
Posted by Chris Stewart at 12:00 PM